When Ryan Truelove was a kid, his summer daycare was hanging out with his dad at his small residential landscaping company. 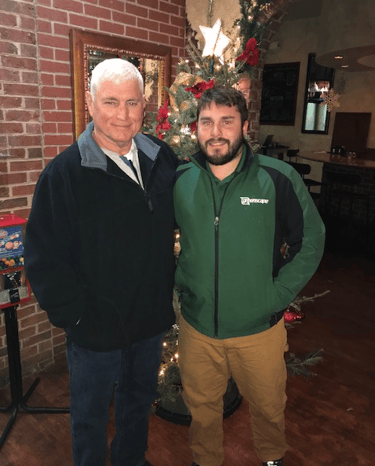 By age 10, he mastered the blower.

“I couldn’t mess anything up too bad with that,” Ryan says with a laugh.

Ryan learned a lot from his dad, Mike Truelove, at Capital Grounds Maintenance. Sure, a lot of technical skills. But more.

“My dad was born and raised in Raleigh, so he has a sort of old country boy feel,” Ryan says. “He was always willing to help. Everybody was more than just a client to him.

“He taught me integrity,” he says. “If you mess something up, you make it right.

“It always goes back to my dad,” he says. “I wanted to do what my dad was doing.”

Ryan worked for his dad for two years after high school graduation, when he decided college wasn’t for him.

Then he saw a Craigslist ad for a foreman job opening at Greenscape, Inc.

“I didn’t really know what being a foreman meant, but I thought I could probably do it,” he says. “All I wanted was a shot, really.”

He got a shot as a crew member. And 30 days later, he was promoted to associate foreman.

Making A Difference At WakeMed

Now, as a Greenscape project manager, Ryan hits the ground running every day. 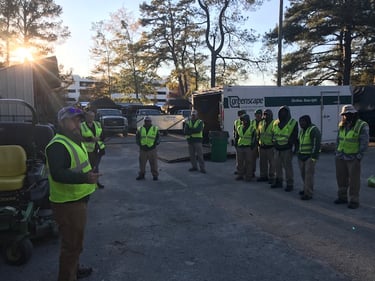 It could be pretty daunting. But for Ryan, it’s familiar territory.

He grew up 15 minutes away, and his mom worked at WakeMed as a nurse for 10 years. It was almost a second home.

It’s also Greenscape’s largest account. What does that mean for Ryan?

“We do whatever they ask, as soon as we can do it,” he says.

“The first compliment I got was from a lady who was there visiting a family member in the hospital,” Ryan recalls. “She told me how much she appreciated the beautiful flowers in the courtyard, especially with all they were dealing with inside. That really stuck with me.”

“We’re Not Just There To Cut The Grass”

Ryan’s job, for all of his 71 properties, is to make sure his crews are running smoothly. He starts the day with job site visits, to make sure everybody has the equipment they need and are wearing their personal protection devices.

He spends time with crew members, asking not just about the work at hand — but about them, as people. How are they doing?

“I try to get around to everybody, just to see how they are,” he says.

He checks property “hot spots.” Do any flowers need water? Are entrances clear of debris?

“We’re not just there to cut the grass,” he says. “We’re there to keep everybody safe, year round.” 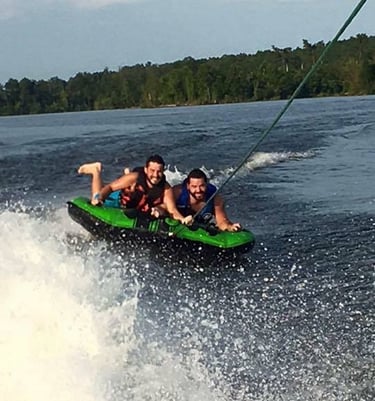 Ryan’s an outside kind of guy away from work, too.

He has season tickets to the Carolina Panthers, so you’ll find him in Charlotte on home game days.

He loves a great concert at an outdoor venue, “and going anywhere that involves being social,” he says.

You might find him at a surf fishing tournament trying to land a red drum, flounder or bluefish.

“If you talk to the old guys on the beach,” he says, “they’ll tell you it’s all about using this line or that pole or a certain kind of bait.” 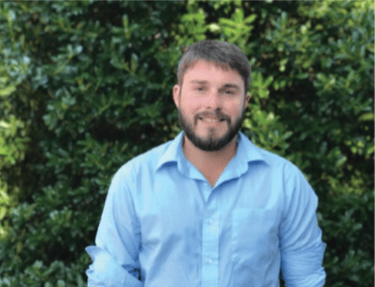 “Ryan is super sharp and extremely knowledgeable,” says Klark Larrieu, Greenscape branch manager and Ryan’s supervisor. “He’s one of those managers I just don’t have to worry about — he really holds his own.”

Project managers have to stay three steps ahead of everybody else, Larrieu says, so they can give crews the right direction.

“He takes the time to get to know his guys, and what’s going on for them outside work,” he says. "His guys love him.”

“Landscaping is second nature to me,” Ryan says. “It’s the only thing I’ve really been interested in. I get bored easily, so I really like the ever-changing pace.” 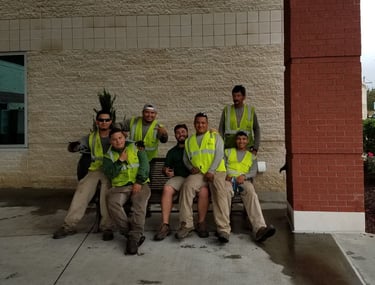 He’s happy to have landed at Greenscape.

“From day one, everybody here has been so friendly and loyal,” he says.

After nine months on the job, Ryan was involved in a serious car accident, keeping him laid up for three months.

“People here had to pick up the slack for me, but nobody complained,” he says. “They visited me in the hospital. They held my job for me, and when I came back, it was like I had just left the day before.”

The experience made him even more loyal to the company, he says — and to the customers he serves.

“Property managers have a lot to deal with, besides landscaping,” Ryan says. “I like making their jobs easier.

“It’s a big challenge,” he says. “But it’s rewarding to help keep the show going every day.”