Greenscape Inc at 35: It’s All About the People

Big ideas often come from small kernels – things that percolate in our minds over time or sometimes simply hit us with sudden inspiration. Sometimes these ideas shift and change as we learn and discover what we thought we wanted was not, in reality, our dream. Starting a new business can be a challenge. You must have a vision, direction and a passion for the dream. More important, you must communicate that dream so your passion is shared by those you hire to make your business a reality. Ultimately, you don’t have customers if you don’t have great people. This philosophy has driven the success of Greenscape Inc. for the past 35 years.

Greenscape Inc. was started in 1979 by Michael Currin. In the mid-1970’s Michael was finishing up his degree and completing an internship with Stan Owen at Owen Garden Center in Fayetteville. He had started the internship certain he wanted to open a retail garden center in Raleigh. He had a business plan and was talking to others about financing. It took only 30 days for Michael to decide retail simply wasn’t where he wanted to be. He found it much more gratifying to be outside, solving problems and working creatively with clients to turn their yards into their dream landscapes. 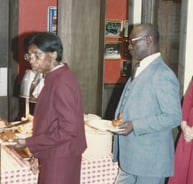 Stan saw potential in the direction Michael was taking, so when the internship was finished, he hired Michael on full-time to develop the landscape side of the business. Arthur Walters, an older gentleman in his 60’s who had worked for Owen for several years, joined Michael in completing the work in those early days and continued to help as new team members were hired and business grew.

The early days were not always easy. The landscaping division initially operated in the back room of Owen Garden Center, where they handled office work from a pegboard desk built from scraps and pegboard walls separated them from the retail center (these “walls” were used to hang wreaths and other items for sale at Christmas time!). Brad Goodrum was one of the first full-time hires in 1979, and was a major contributor to the company’s success. Brad ran the Fayetteville office until it closed in 2001, and he left to teach at Fayetteville Technical Community College. He recalls the pegboard desk fondly: “When we hired our first administrative person, we weren’t sure if we were up to her standards. She was so professional—from the meticulous resume’ on high-quality classy gray stationery to her suit, stockings, and heels!  She came to work on her first day, sat down at a funky desk and wooden chair in the cramped corner of that one room, and opened the ledger (oh, yeah, it was all on paper back in the Dark Ages!) to open the mail and record the revenue. At that point, we picked up sledge hammers and knocked the wall out behind her desk—the goal being to create an appropriately professional space. She looked up, asked if this kind of thing went on around here often. We told her yes, she blew the dust off the ledger, shook her head, and kept on working!  Her response was typical of what became the norm for Greenscapers. 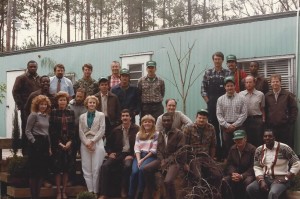 Sure, things weren’t perfect, rarely routine, and frequently messy, but folks persevered, understanding that there was a common goal and a common good to achieve.” Eventually, the company purchased an office trailer (with real office furniture!) that sat behind the retail store and became the operations center for the Fayetteville office for many years; later Michael’s father, Frank Currin, and another friend of the family help put up a building behind the Garden Center that became Greenscape’s shop and equipment shelter.

It took only three years of hard work before the landscaping division had grown into a viable business entity. “Stan made me a tremendous offer in 1979,” says Michael Currin. “We both shared the same values and there was mutual trust. Stan suggested setting up the landscaping division as a separate corporation. I became president of the company with a 45% ownership stake. While Stan held majority ownership, he allowed me the independence to run the business, continuing to hire great people and grow the company. He is a tremendous mentor and collaborator, always focusing on people and how he can help others.”

Ron Price, a landscape architect, was another early Greenscape hire, joining the company in 1987 and remaining for almost 20 years. Ron was instrumental in establishing Greenscape as a leading landscape design company. “It was exciting to be a part of the commercial expansion in the Triangle and working to establish Greenscape as a presence there,” says Price. “I remember one project where we’d built retaining walls around a storm water pond for a client. We had an issue with the project that required us to stay up for 24 hours to finish working on it. We put lights up and everyone was out there working in the dark until it was done. It felt good to know that at the end of it we met the deadline and achieved our goal.” 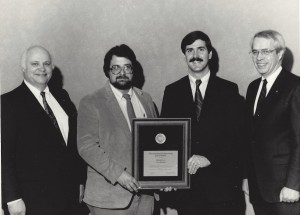 In 1989, Michael bought out Stan’s majority interest in the company and moved the business to Reilly Road in Fayetteville. The company set up permanent headquarters in Holly Springs, NC in 1991. Throughout the years, the one thing that has not changed is the company’s commitment to hiring and training the best team members. “From day one, I tried to hire people who were passionate about the landscape industry and wanted to grow their careers, even if that meant leaving Greenscape,” says Michael. “I truly enjoy mentoring younger landscape professionals and watching them grow in the business. It’s wonderful to see former employees who have found success starting their own companies and giving back to the industry.”

Michael understood from the beginning that in order for Greenscape to truly grow and get to the next level, he needed to hire managers and give them the authority to run day-to-day business operations so that he could spend his time working on the business. In his mind, the business needed to be able to stand on its own as a strong corporate entity, even if he was no longer in charge. While his children were young at the time (Daniel was born in 1979 and Casey in 1983), his hope was to have a strong business to pass along to them should they be interested in running the company.

Education has always been a focus of the company and employees are encouraged to pursue industry certifications, speak at events or serve on boards. “As I think about it, there are at least seven Greenscapers who have served as President of the NC Nursery and Landscape Association, the Green Industry Council, or a state regulatory board,” says Goodrum. “Greenscape has encouraged and supported employees to participate as members of civic boards and commissions, reflecting a commitment to serving the communities that have been so good to the company. The ultimate contribution:  All employees have been encouraged to grow their skills through continuing education and training. There are scores of people out there doing great things in the Green Industry because they learned, at Greenscape, that in order to be on top, an organization has to continually evaluate its practices, innovate, and be ahead of the others in trends, technology, and service.” 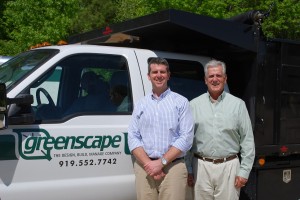 The company purchased several smaller landscape operations through the years to expand its footprint in the Triangle area. This included Village Landscape in Pinehurst, Creekside Landscape in Fayetteville, and Francis Landscaping in Raleigh. By 2004, Michael identified some shifts in the industry that made him look at the company’s offerings. There was more competition for residential design-build work and an increase in demand for lawn care services – a lower-priced, high volume, commodity service.  Michael considered starting a lawn care company from the ground up, but then found a franchise opportunity with Weed Man USA to purchase the Southern Wake/Chatham County franchise location (since renamed Cary/Holly Springs). The deal went through in 2004 and operations began in 2005. Paul Brooks was recruited in 2004 to lead the Weed Man operations across the state. As demand grew in this market, the company purchased additional franchises in Wilmington (2011) and Raleigh (2013).

Michael’s son, Daniel, had shown an early interest in the company, working in various positions while in high school and college to learn the ropes. He came on board full-time in 2002 after earning his degree in finance from James Madison University. Through the years, Daniel learned the business by working in it – as a crew person, commercial maintenance salesperson, commercial branch manager, and a sales and marketing manager. As his abilities grew, Michael gradually shifted management of the company to Daniel, with the formal transition occurring in 2009 when Daniel became president of Greenscape and Michael moved out of a day-to-day management role. 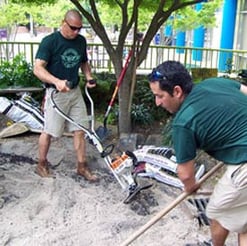 Greenscape has continued to evaluate ongoing changes in the landscape industry, looking for new opportunities to succeed in a market impacted by the downturn in the economy and shifting additional focus toward the commercial side of the business. There is also a growing desire from Green Team members to bring a fresh perspective to the green industry, focused on health, wellness, social connection and the environment. While many other landscape firms struggled in the mid-2000s, Greenscape continued to grow and hire team members. Daniel’s heavy involvement in industry organizations, commitment to programs like Come Alive Outside™, and the firm’s ongoing community service participation through a formalized outreach program have made the Greenscape Inc. name highly visible in the industry. The company’s commitment to people – both in terms of supporting and educating internal Green Team members and delivering great service to clients—continues to be an important emphasis under Greenscape’s new leadership.

“Greenscape has grown dramatically over the last 35 years,” says Daniel. “No matter what transitions the company takes over the next 35, our focus will always be on people. For our Green Team members, we want to be the employer of choice in the industry. For our clients, we want them to have confidence that we’ll handle their landscaping needs while providing exceptional service. As my dad has always said, ‘take care of the people and the business will grow.’” 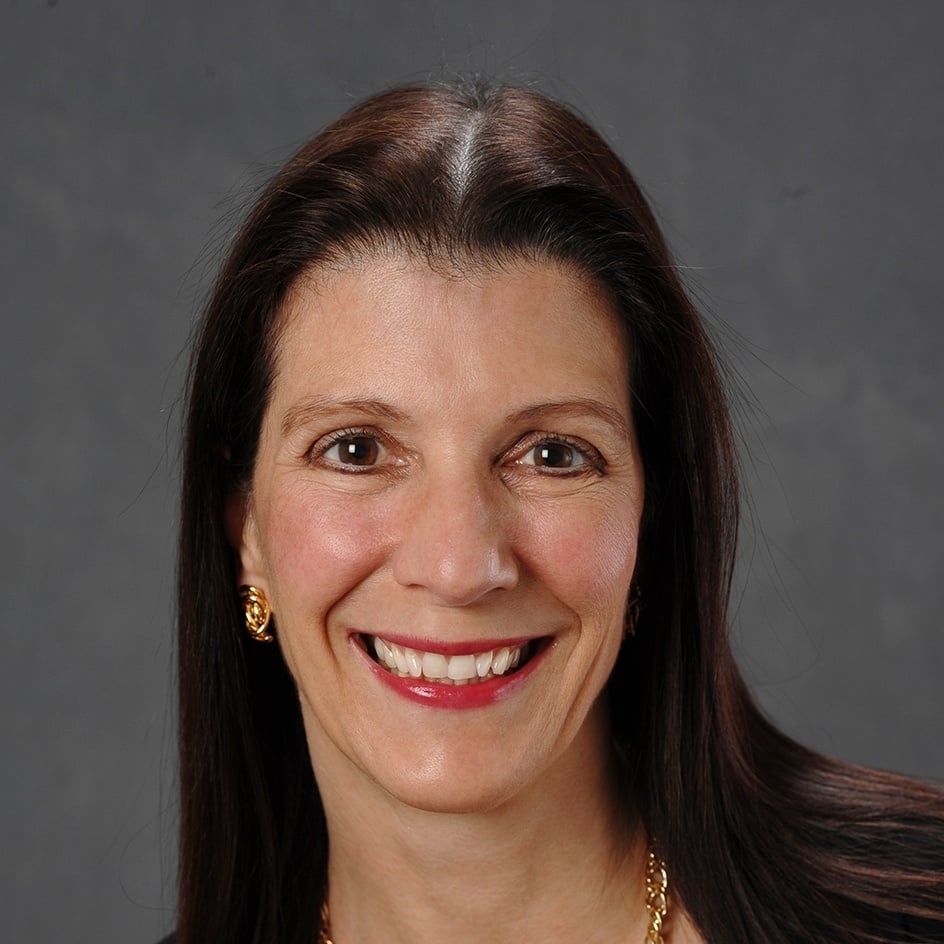 Greenscape Inc. is a very well-rounded, skilled, responsive and loyal company. Property Managers welcome landscape companies such as Greenscape. They have the necessary talent and capabilities so often required for our commercial properties but difficult to find. Knowing they are out there, working on our properties, gives us a chance to have peace of mind.