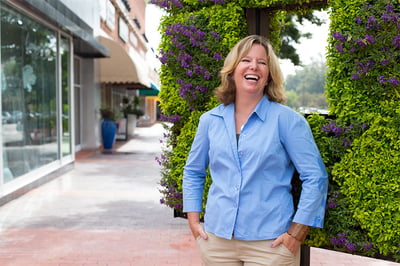 The summer after she graduated from North Carolina State University, Misty Gil got a job on a crew at a landscaping company.

"I was on a team with four guys, and they probably hated that I was on their crew," Gil says with a laugh. "I didn't know anything. I was slow. I really wasn't great."

She learned landscaping theory in college, but not how to use a weedeater. It was rough for a while.

"My dad said it would get easier, and he was right," she says. "After a few months, I was as fast as the guys and as good as them." 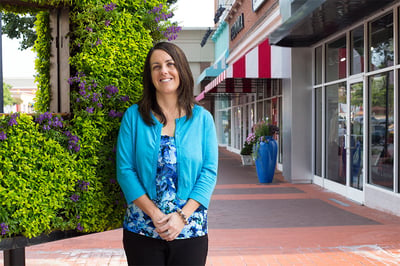 Leslie Herndon is vice president of operations for Greenscape, after rising up through the company working several different jobs, from account manager and safety officer to director of client relations.

But it all started with her hands in the dirt, planting flowers as floriculture foreman days after graduating from North Carolina State University.

“The reason women can lead successfully and gain respect in any industry, but especially this one, is because they put in the time and the hard work. There are no shortcuts.” Herndon says. “My team knows I won’t ask them to do anything I wouldn’t do — or have done.”

It’s still a male-dominated field, but Herndon and Gil say there’s plenty of room and reward here for women in landscaping.

Plan to get your hands dirty.

“There have never been a ton of women in this field, and it hasn’t changed much over the past 15 years,” Herndon says. “A lot of women want to be on the design side or in research, but the production side, the maintenance side, is very male dominated.

Good leaders in the industry will be increasingly hard to find, she predicts, as enrollment in college horticulture programs is down.

”The biggest thing for women is they have to be willing to do the physical work that the landscape industry requires,” she says. “You don’t have to be superwoman, but you have to put in 110% effort in getting the work done. No matter your gender, the work is the same.”

“If You Do The Hard Work, You Can Make It Happen”

“The grass does not stop growing, and the snow does not only fall between the hours of 8 and 5” she notes.

“Don’t be deterred because you’re afraid you can’t do it,” Herndon says. “Plenty of women have worked the hot days, done snow removal, had families, and made it all work.”

“It is hard work, but you’re stronger than you think you are,” she says. “And if you need help with getting more physically ready for the job, you can do something about it. I did!”

In fact, landscaping can help with that, she says.

“It helps with staying healthy, much more than an office job,” Herndon says. “You’re up and moving, adrenaline is pumping, you’re creating, you’re using your brain. It helps with mental health as much as physical health.”

And the proof of your success is right there in front of you. 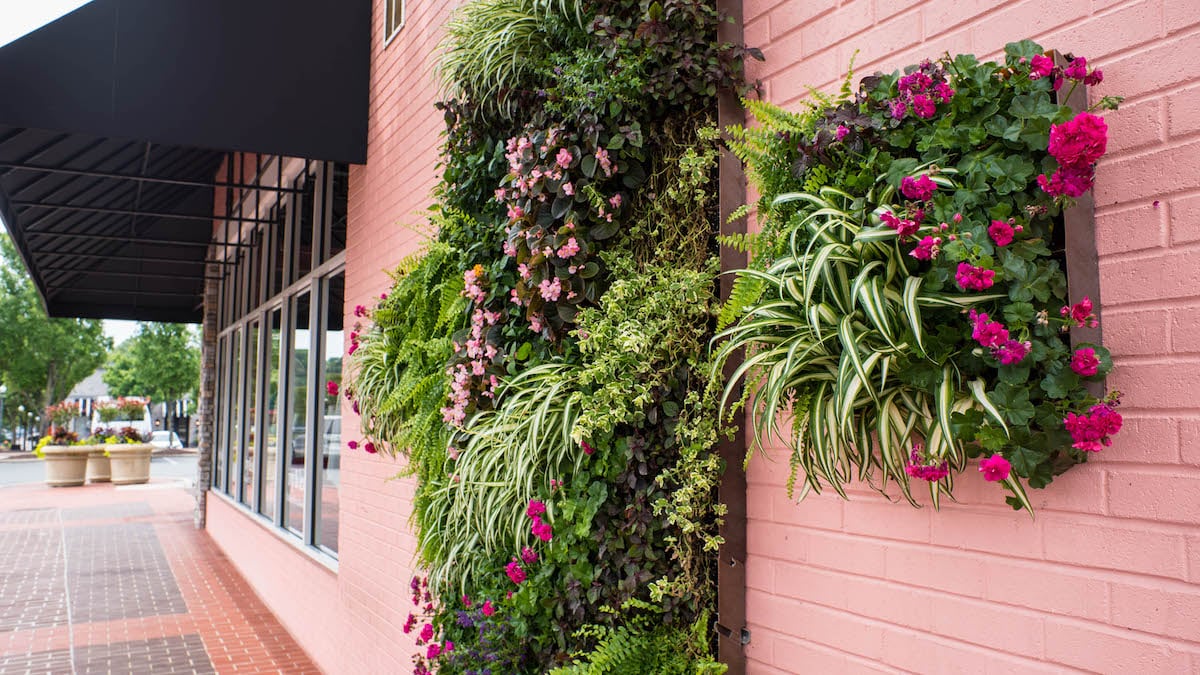 “You can see the grass cut and the flowers planted and growing and the living walls installed right in front of you,” she says. ”You don’t get that in all jobs, to see how you’re part of the process.”

She keeps her green thumbs in floriculture, where it all started for her, continuing to design the unique “living walls” that have become a Greenscape hallmark.

“If this is what you’re passionate about, it’s extremely possible to make a living and support your family,” Herndon says. “If you do the hard work, you can make it happen.”

Just Give Her A Truck

There were just a handful of women in Gil’s program at North Carolina State, she says. 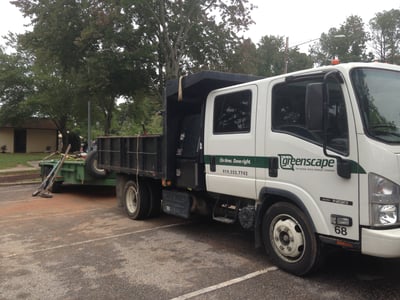 "Some were born and raised on a farm and were used to manual labor,” she says. “A couple had fathers who owned landscaping companies."

She hasn't met many women in landscaping who didn't have a connection like this.

Her connection is the family business, the Daniel Christmas Tree Farm, which has been in her family since 1980. Gil manages it, and in 2011 she was awarded Farmer of the Year.

"All I wanted to do was get into a truck," Gil says with a laugh. "Not a lot of women have that same dream. A lot of people want office jobs.

"When I was a laborer, I knew I wanted to be a foreman,” she says. "So I was critical of myself, looking at my weaknesses and figuring out how to be better.

"You have to have your eye on the prize. Earn it."

“I Found My Middle Ground”

"Back in the ‘90s, culturally speaking, it took a special kind of guy to be OK with working for a woman,” Gil says. She still has to find that fine line between empathy and authority.

"It's a dance, really," she says. "It took me years to figure it out. I tried being soft and empathetic. I tried going the other way. I found my middle ground. I realized I can be empathetic and still be an authority figure.

“There are definitely a lot of challenges working in a male-dominated environment,” she says, “but those walls are breaking down a little."

A Passion For Production

After working throughout the Triangle area as an enhancements manager, floriculturist and live nursery specialist, Gil returned to Greenscape as a client relations manager. Now she's back to her first love, as a project manager.

"Production is my passion," she says. "I'm back running crews, back in the field, which makes me really happy."

"I love going to a property with shaggy grass, weeds in the beds and things that need pruning, then transforming it," she says. "It's an ever-changing environment, and I love that.”

She also loves having a great female role model in Herndon.

"Leslie has always been a mentor to me —  something to aspire to," Gil says. "I never would have thought my landscaping company vice president would be a woman.

"I work with some really amazing men, too,” she says, “and I learn a lot from them.

We couldn't offer our award-winning services without top-notch employees.

Interested in joining our Green Team? Check out our career center.

We’d love to meet you.