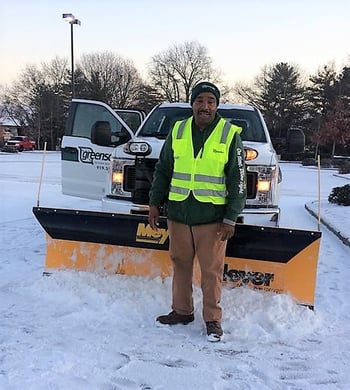 Terry Alston has had a lot of different jobs, from stripping and staining furniture at his parents’ upholstery business to toiling at Tyson Foods operating the oven that bakes taco shells.

“I had to keep the oven temperature just right,” he says. “I’d run down the assembly line every so often to check the shells, to make sure they weren’t too brown.”

After working in a factory for 12 hours a day tending a hot oven, his job as a foreman at Greenscape Inc. is a literal breath of fresh air.

“You feel free,” he says. “And I like beautifying places. We make a difference. A lot of people think landscaping is just cutting grass. It’s a lot more than that.

“Sometimes I take before and after pictures,” he says. “At night, when I’m sitting with my wife and daughter, I’ll say, ‘Look what we did today.’ And they’ll scroll through the pictures on my phone. 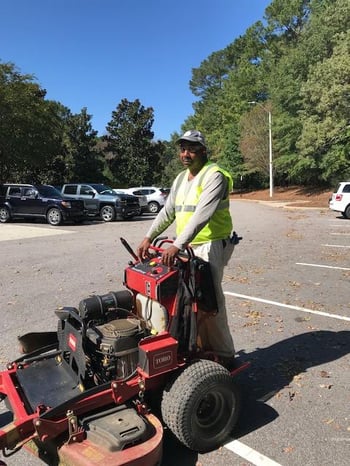 Terry started at Greenscape three years ago as a crew member. Last year he was promoted to foreman.

He takes it seriously, from ensuring his crew’s safety to meticulously checking properties for weeds to keeping his company truck clean.

His crew takes care of the town of Morrisville in Wake County, from the town hall property to the fire stations to lots of median work along busy streets and parkways.

“I feel responsible for each and every crew member,” he says. “The traffic can get really busy. It’s important that everybody comes back to the shop the same way they left.”

He makes sure crew members always face traffic, for safety.

“I’ve seen a lot of people texting while driving or distracted by conversations,” he says. “It can be real dangerous working out there. You have to look out for those other people, not just yourself.”

Four Guys In A Truck

“My guys show me a lot of respect, and I think that’s because I show them respect,” Terry says. “I never tell them to do something — I always ask.

“Their opinion matters,” he says. He gives them a say in what order they tackle the day’s jobs.

“I don’t think of myself as a foreman taking a crew out to work,” he says. “I think of us as four guys getting in a truck and going out to work together. 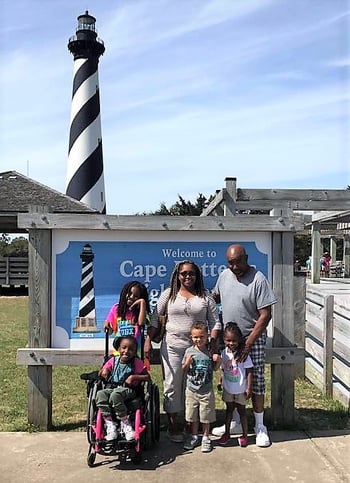 Dedicated and organized, Terry drives by his next day’s project so he knows exactly what to expect. Then he makes his own punch list, Larrieu says, in addition to the list he gets from his project manager.

Under his watch, everything gets done.

“He makes sure all his crew members have a good understanding of all the pieces of equipment,” Larrieu says. “He’s good at rotating them through, so he has a well-rounded crew.”

Always friendly and quick to smile, Terry’s the kind of guy you just like to be around, Larrieu says.

“His crew loves him,” he says. “He treats everybody with respect. He takes the time to get to know his guys. He’s always asking about their family and their life outside work. Not everybody does that.

“They Make You Feel At Home”

Terry had to trade his Greenscape vest for a hospital gown recently. He was surprised and moved when Greenscape colleagues showed up to visit him in the hospital, including project manager Misty Gil and human resources director Tina Czysz.

“The other day Tina said to me, 'If you need anything, let us know.’

“I feel proud to put on my Greenscape vest every morning,” he says. “They make you feel at home. And that’s a good feeling.”

Terry lives with his wife, Kim Wilson Alston, his daughter Tiffany, 25, and 9-year-old granddaughter, Trinity. He also has two grown sons, Wesley, 32 and Terry, 27, both who worked at Greenscape for a time. 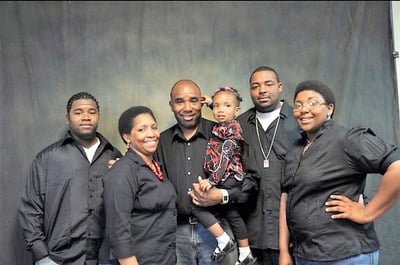 When it’s time to unwind at night you’ll often find him watching cowboys on the Western Channel.

“I’ll grab a “Bonanza” marathon or a “Big Valley” marathon,” he says. “I grew up watching Westerns with my grandfather. It brings back a lot of good memories, because he’s no longer here.”

They don’t make shows like that anymore, he says.

“I’m an old school guy,” he says. “I like that when my granddaughter walks in, I don’t have to worry about her seeing anything or hearing anything she shouldn’t.”

He’s a top-notch barbecue chef, too. Name a meat — he cooks it. He simmers up his own special sauce.

His friends give him a bit of a hard time about that.

“They’re used to seeing me with big Rottweilers,” he says. “And here’s this little tiny dog.”

“This Company Can Change Your Life”

“Whenever I meet somebody who needs a job, I tell them to come to Greenscape,” Terry says. “I tell them, ‘This company can change your life.’”

His job at Greenscape set him on a career path to success, he says, with potential for growth and development.

He’s grateful for an employer that believes in its people.

“I wouldn’t let them down for anything,” he says. “My family is proud of me. It changed my life.”