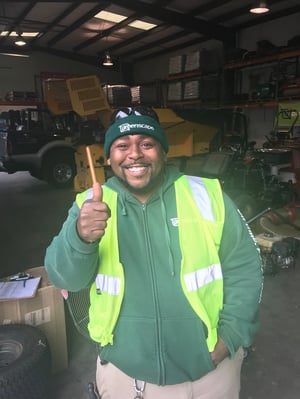 Anjuan Judkins stood with his Greenscape, Inc. co-workers at the Durham branch safety meeting, not quite believing his ears.

One of them was about to receive a wish come true.

Turns out, it was him.

Anjuan’s dream was airfare to fly to his hometown of San Diego to see his family, who he hadn’t seen since 2009, at his mother’s funeral.

The trip was a gift from Greenscape — a way to show appreciation for his hard work.

“It blew my mind,” says Anjuan, a foreman at the Durham branch. “I think I was a kid the last time I cried tears of joy. When I called my grandmother and aunts to tell them I was coming home, they were so happy. I just started crying.”

The guy who says he never wins anything had just won big.

“Greenscape made my year,” Anjuan says, “and it’s only January. I’m so thankful.”

It’s called the Dream On program, and it’s a new way for Greenscape, Inc. to help its team members achieve their dreams and meet life’s challenges.

How “Dream On” Works

Blank request forms are available for Green Team members to make a request for themselves or for a co-worker with a need.

A confidential Dream On committee reviews all the requests each month and chooses requests to be fulfilled.

The money to grant the requests comes out of Greenscape’s annual budget.

When an employee gets a request granted, it’s a big deal, presented in front of their branch co-workers.

If they’ve asked that their request be kept confidential, for privacy reasons, they get a certificate at the presentation, but the wish isn’t revealed.

What Kind Of Dreams? 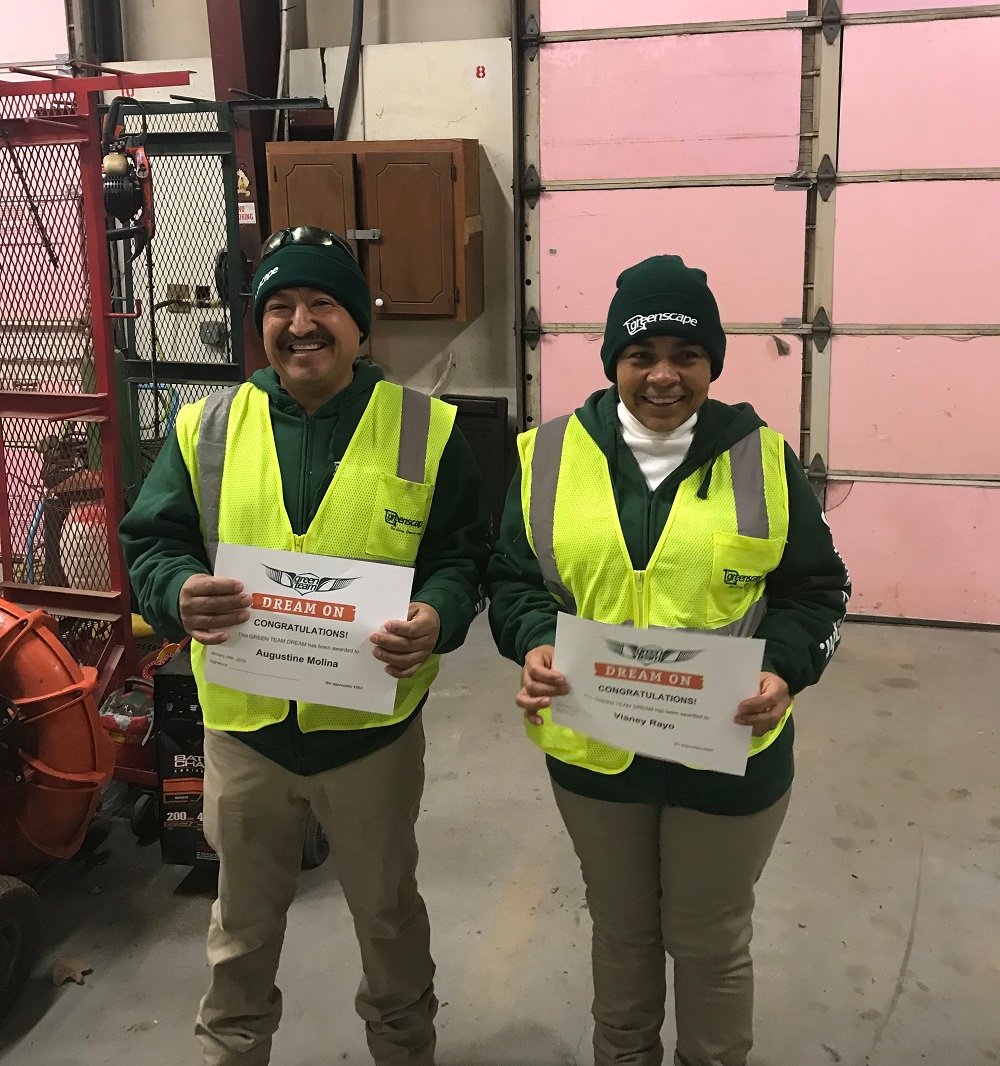 Wishes could be to pay outstanding utility bills or medical bills. Maybe an employee can’t afford to throw their child a birthday party. One team member asked for help repairing a family member's bathroom that had no running water. Another hoped for money to buy a gown for their daughter’s quinceanera, the traditional Hispanic celebration when a girl turns 15.

“We want our employees to feel our level of appreciation for them,” Czysz says. “Appreciation is one of our core values we strive to live up to. It’s high on our values list.” 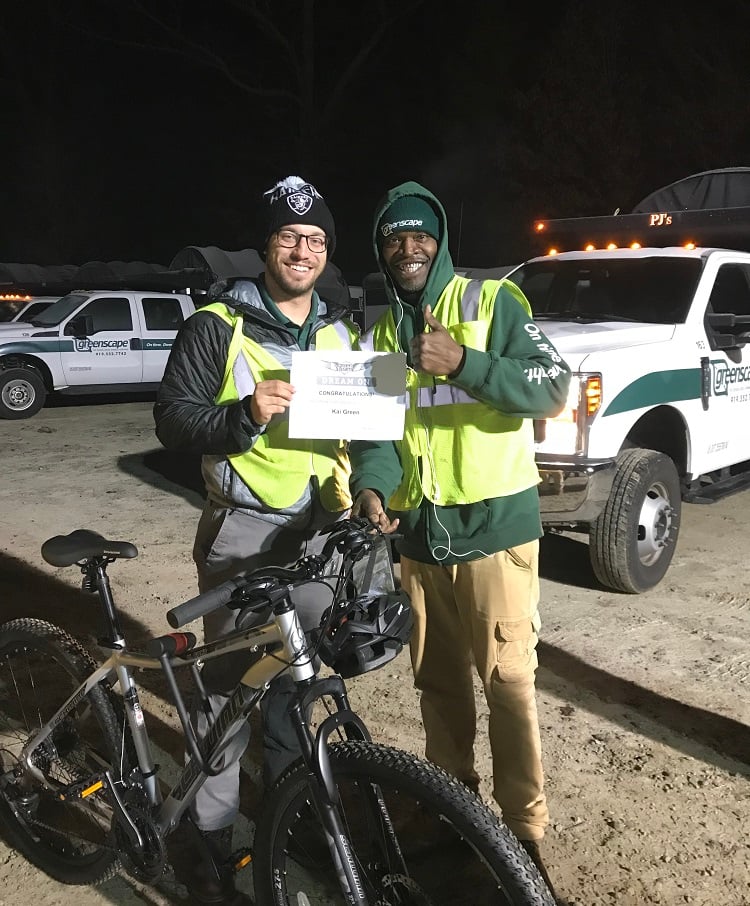 Greenscape has a great team of employees, Czysz says. She’d like them to stick around.

“We want to help them reach their goals and dreams and help with their challenges in life.”

“Now I Can Move On In Life”

“When you call somebody’s name to come up and get a certificate, and they didn’t know…”

Tiffany had mentioned to a co-worker a while back that she earned a degree in industrial psychology back home at the University of Puerto Rico, but never had a chance to graduate.

Her mother, who lived in North Carolina, was suddenly ill and needed her help. So Tiffany abruptly moved, leaving everything behind, before she had a chance to fill out the necessary paperwork to graduate.

That co-worker requested money to buy plane tickets for Tiffany and her 6-year-old son, so she can return to Puerto Rico to complete the paperwork and secure her degree.

“It was such a surprise — I didn’t know anything about it,” Tiffany says happily. “It’s so amazing for Greenscape to do this. I can’t thank them enough.”

She was already grateful that Czysz hired her without having a diploma, she says.

“That kind of thing can hold you back,” she says. “But they saw something in me that I didn’t even see in myself.

“I worked so hard for that degree,” she says. “In my heart, I always wanted to go back to get it.” But airfare is expensive, especially since she’d have to bring her young son along.

“It feels so great that they believe in me here,” she says. “Now I can move on in life.”

Meanwhile, Anjuan’s looking forward to a winter vacation in San Diego. His grandmother is already planning a big celebratory meal. He and his cousins will hit the beach and the mall.

“This is a great company,” Anjuan says. “Landscaping is hard work. This shows they really care about us.”