Want to use less water on your commercial property?

We bet you do.

“Reducing water is a huge goal for most commercial property owners,” says Jack Davis, client relations manager at Greenscape, Inc. “We talk about it a lot.”

Most commercial properties in the Triangle area already have irrigation systems, Davis says. But many could use updates to reduce water use.

But how? There’s a lot to consider

We’re here to break it down for you.

“I often suggest updating your irrigation in phases,” Davis says. “That makes it more doable.”

You’ll notice a difference, he says.

“Your property won’t be wet all the time from too much water,” he says. “Your irrigation won’t be running as much as it did in the past, because it’s much more efficient.”

Here are 13 smart ways to save water on your commercial property:


“One of the most important things is to allow us to do general maintenance on your irrigation system,” Moore says. “Some people don’t want to spend money unless their main line breaks.” 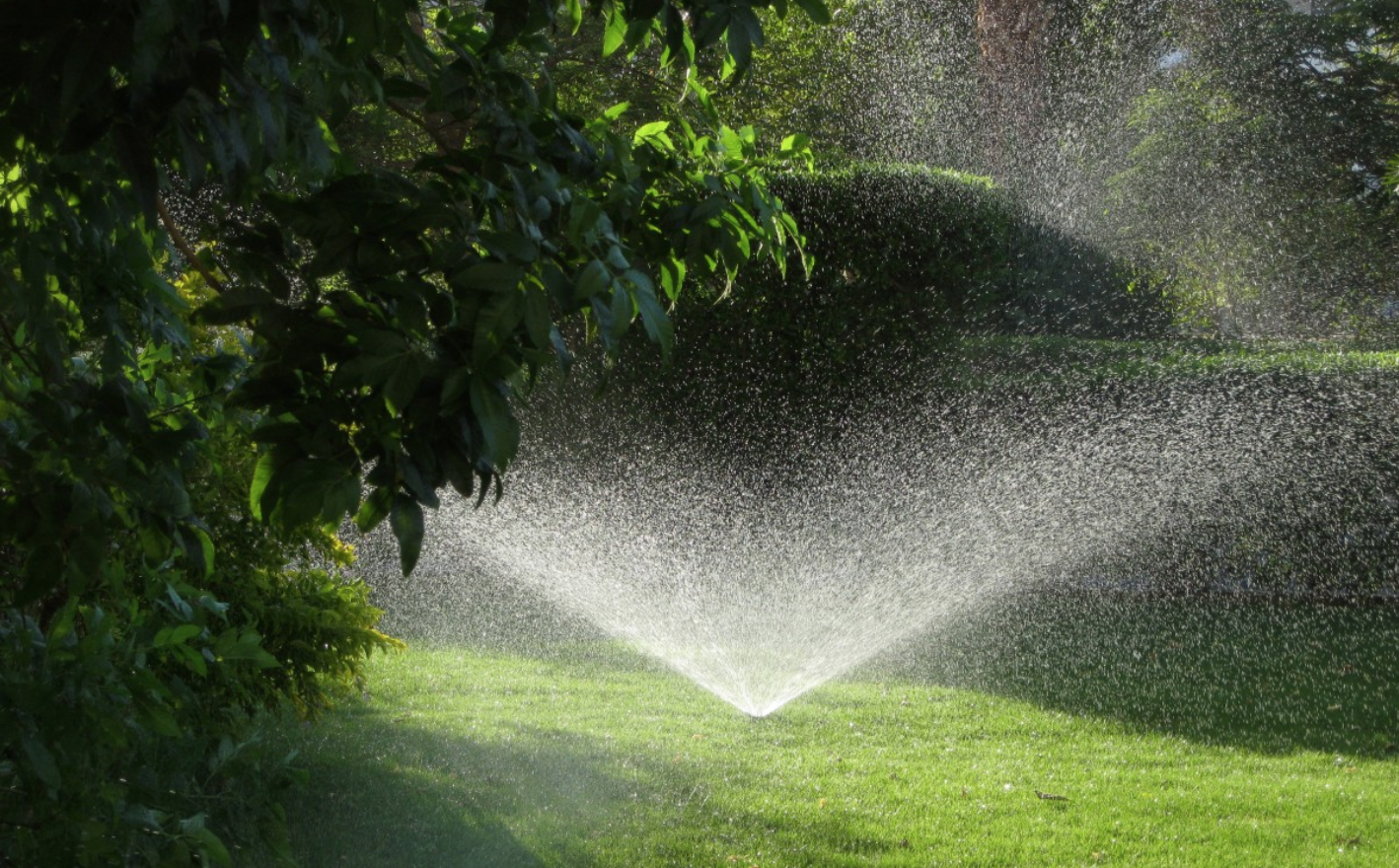 Preventive maintenance can save water — and save money by tending to potential problems before they become disasters.

“We can replace heads that are no longer turning, raise heads that are too low, replace clogged nozzles and bring your system up to how it’s supposed to run,” Moore says.

A leaky valve will waste water and increase your water bill. Sprinkler heads clogged with debris spray erratically, spraying too much water on some areas and not enough on others. That means a soggy landscape and wasted water.


“Rain sensors prevent your sprinklers from running if it’s raining,” Moore says. “This is actually required in a lot of municipalities, but a lot of properties still don’t have them.”

It’s a simple step that makes a huge difference.


Check valves prevent water from draining out of the pipes through the lowest sprinkler in a zone.

“Even a small incline can drain 50 to 75 percent of the water out of your line,” Moore says. “After your sprinklers are off, it can still drain for a couple hours. That’s a big waste of water.”

Then, because your line is now empty, it will take more water to fill it up again when your sprinklers turn back on.

“On a 20-zone commercial property, you’re saving hundreds of gallons of water,” Moore says, “and all you did was install a different type of sprinkler head.”


“A lot of companies have very high water pressure,” Moore says — much higher than the 30-45 psi an irrigation system needs.

That extra pressure creates a misting effect, he says. You may have noticed it — a fine mist spraying out of sprinkler heads.

“That mist gets blown off your grass or onto somebody else’s property, wasting water,” he says.

The answer: a pressure regulator. It can be installed at your backflow, on each irrigation zone valve or on each individual sprinkler head.


“These are very popular here in North Carolina,” Moore says. “Our hard clay can only absorb water so fast.”

Lots of water is wasted when the clay soil can't absorb it and it runs right off into the street, he says.

These nozzles spray water at a much slower rate, allowing the soil time to absorb it.

There’s no excuse today for heads that overshoot their target, spraying valuable water onto sidewalks and other hardscape.

“These days, there’s a nozzle for every weird-shaped piece of grass you can think of,” Moore says.


If your irrigation system hasn’t been updated with this water-saving technology, it should.

Smart irrigation controllers use data from sensors and local weather forecasts to deliver just the right amount of water at just the right time, with little waste.

Our technicians program it to water your property accurately and precisely, based on your individual needs. And it’s smart enough to detect any problems with your system. If a line breaks or another mechanical problem pops up, it automatically turns off.

“Then it alerts us,” Moore says, “so we can get right to the repair.”

Use Drip and Micro Irrigation


This water-saving irrigation is perfect for flower beds, Moore says.

“Drip irrigation waters at a very slow rate, delivering water right at the base of the plant so it absorbs through the roots,” he says.

Less water, exactly where it needs to be.


“If you want to save water, you can’t beat native plants,” Moore says. “I’ve really noticed a trend toward this, instead of using exotic plants that hog a lot of water.” Natives are the ultimate in easy care, because they automatically love where they’re planted.

Not only do they require less water, but they’re hardy, so they fend off pests and diseases.

When you plant natives, you’re helping out nature’s wild creatures by providing berries and seeds, layers of great shelter and nectar for pollinators.

All of the wow, with a lot less water.


“People are so attached to turf, but it’s a real pain to keep grass green around here,” Moore says.

Consider keeping turf only where it will grow the best, he says.

“Lots of areas have too much shade, too many trees for grass to thrive,” he says.

“Why spend your money in a losing battle?”

Bring on The Mulch


We love mulch. Not only does it make your property look great, but it helps your soil retain valuable moisture, saving water.

But old mulch won’t do the job of the new fresh stuff.

New mulch keeps your plant’s roots cool, retains moisture in the soil and deters weeds. At Greenscape, we replace mulch twice a year or so.


“There’s a real move toward using underground cistern tanks to collect rain water that can be used for irrigation,” Moore says. “You not only manage your storm water but collect it and use it for irrigation. That's a no-brainer.”

If you do this, tell the public about it, he says.

A shopping center with a Whole Foods store posted signage that explained its water collecting system, he says.

“Whole Foods customers are automatically interested in these kinds of efforts,” he says. “Perception is really important.”


Use of reclaimed “gray water” from municipalities is on the rise, Moore says.

Companies need to have their pipes retrofitted with purple piping to indicate the water isn’t drinkable, but used only for irrigation.


These smart irrigation strategies will save water, which will save you money.

“But this isn’t just about your rate of return,” Moore says. “It's also about perception. Your tenants at your office park don’t want to see your sprinklers going when it’s raining. They don’t want to see excess water pouring over the curbs and out into the street.

“These days, everybody is trying to be some form of green,” he says. “You need to show them you’re doing your part to use water wisely.”

“There’s a real move toward using underground cistern tanks to collect rain water that can be used for irrigation. You not only manage your stormwater but collect it and use it for irrigation. That's a no-brainer.”