If you’re a board member of a Home Owner’s Association, or HOA, you’re used to getting a lot of questions from your fellow homeowners.

Can I plant my own shrubs? Will someone mow my lawn? Can I install a patio?

Chances are, all their landscaping questions are answered in the HOA guidelines.

But not everybody reads them as thoroughly as they should.

At Greenscape, Inc., we have contracts with lots of HOAs, sending our crews over regularly to mow, prune, weed, mulch and beautify.

He’ll help you answer some common questions homeowners ask — and clear up some of the confusion surrounding HOA landscaping rules.

Let’s Start Here: Why So Many Rules? 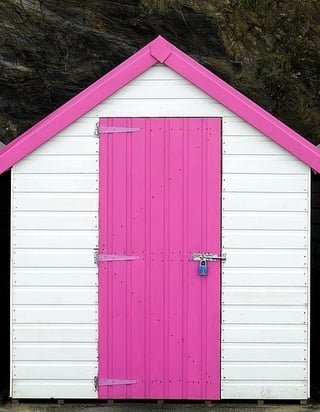 It helps to explain the reasoning behind the rules, Holden says.

“HOA regulations are there for a reason, to keep a community looking nice and uniform for the home owners,” Holden says. “They make sure there are no pink sheds, rusty cars in the driveway or half completed landscaping projects.”

Because rules can vary widely from HOA to HOA, homeowners are often confused, he says.

“People might hear the salesperson say, ‘All your landscaping is included — you don’t have to do a thing.’ But that means different things to different people,” Holden says. "I’ve had homeowners think pressure washing and exterior home maintenance was included. It usually isn’t.”


Be sure homeowners know the basics of how landscaping care works, Holden says.

He explains it this way: In most cases, an HOA of single family homes hires a landscaping company to care for the common areas. That typically includes the front entrance and signage areas, including mowing, pruning, weeding, seasonal flowers. The poolside area and playground are usually included, too.

But homeowners are typically required to care for their own landscaping, following any HOA rules that might be in place.

Mention How Townhouses Are Different


Homeowners should understand that an HOA of a single family home neighborhood often has different rules than a townhouse community, Holden says.

HOAs that govern townhouse communities often include landscaping for individual homeowners as well as for common areas, he says.

Explain how the contract between the HOA and the landscaper specifies what services are done and how often.

“Conflicts sometimes arise if an individual homeowner would prefer a service done more often,” Holden says. “Maybe if it were up to them, they would mow twice a week, or prune more than three times a year.”

While the timing of services might not be as frequent as they’re used to, it’s worth telling homeowners there’s a pretty great trade-off: those pesky yard chores are done for them.


Most of the questions homeowners have about landscaping are answered in their set of HOA guidelines, Holden says. But not everybody reads them.

“Some of them are 100 pages long,” Holden says. “But they cover all their questions.”

It all depends on the HOA, he says.

Be sure homeowners get a copy of your HOA guidelines before they buy their house, and encourage them to read through them carefully, Holden says. Even if it seems daunting.

That will answer most of their questions before they have a chance to ask them.


Offer homeowners examples of why certain rules are in place, Holden says.

“Some HOAs don’t allow homeowners to plant anything,” Holden says. “It seems ridiculous, but it avoids problems. Let’s say you want to plant 20 hydrangeas, but the rules say landscaping is only included for shrubs the builder planted.

“Then you sell your house. The new owner doesn’t know the builder didn’t plant those hydrangeas. He doesn’t want to maintain them. So he’s upset.”

Every rule is there for a reason, he says. Be sure homeowners know those reasons.

“Where I see homeowners get into trouble is if they start building a stone fence out front, or install a patio in the back, without getting HOA approval, or knowing the rules,” Holden says.


Advise About Other Rules, Too


Your HOA board might say a fence is OK. But a property might have an easement for a sewer line, Holden says, that would prevent it.

“Just because the HOA says you can cut down a tree doesn’t mean you can,” Holden says. “Be sure homeowners check local and county ordinances, too.”


“The best relationships I see are where there’s a strong HOA board, a strong property manager and a strong landscaping company,” Holden says. “It’s a circle, where everybody is supporting the community.”

He attends several HOA board meetings a year to answer questions and explain Greenscape’s services, he says.

Consider seasonal newsletters that outline the services the landscaping company will be doing in the coming weeks and months.

Dedicate part of the HOA website to Frequently Asked Questions about landscaping issues.

Invite your landscaping client relations manager to attend a meeting to answer questions.

Call us at 919-552-7742 or fill out our online form to request a free consultation and learn how we can transform your landscape.

We can't wait to hear from you.